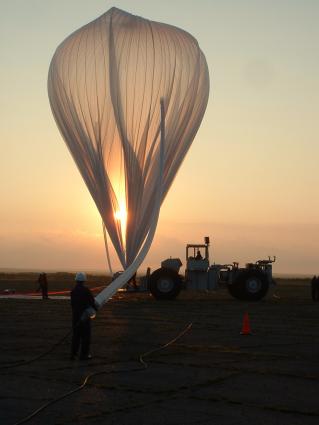 Lawrence Livermore scientists measured the carbon-14 content of carbon dioxide in air collected by high-altitude balloon flights in 2003, 2004 and 2005. Photo by E. Atlas.

Lawrence Livermore National Laboratory researchers have measured the carbon-14 isotope (14C) produced by cosmic rays in the stratosphere and found its production rate is less than most previous estimates.

The team, led by Kristie Boering of the University of California, Berkeley and including Lawrence Livermore National Laboratory scientists, measured the 14C content of carbon dioxide in air collected by high-altitude balloon flights in 2003, 2004 and 2005, and estimated the contemporary 14C production in the stratosphere, nearly four decades after the Limited Test Ban Treaty restricted atmospheric testing of nuclear weapons.

Atmospheric testing of nuclear weapons in the 1950s and ‘60s injected massive amounts of 14C into the stratosphere. The amount of weapon 14C at that time was so large that it effectively hid the natural production of 14C by cosmic rays. Now that the weapon 14C has mostly dissipated from the atmosphere, the new measurements enabled the team to estimate the natural 14C source and found it was much lower than most previous estimates. The research appears in a recent edition of the journal Geophysical Research Letters.

"Our estimates are the first that use recent measurements of 14C concentration in the stratosphere to estimate the natural 14C production rate," said LLNL scientist Philip Cameron- Smith, a co-author on the paper. "We confirmed our analysis by simulating 14C with the LLNL atmospheric chemistry-transport model (IMPACT) on the Livermore Computing supercomputers."

"This has implications for estimates of the cycling of carbon between the atmosphere, plants, soils and the ocean, which often rely on 14C," Cameron-Smith said. 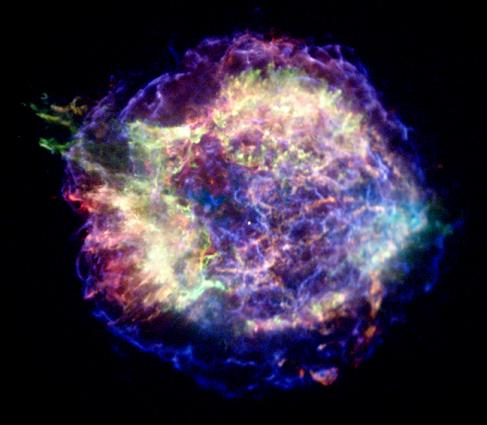 Carbon-14 is produced in the stratosphere by nuclear reactions of atmospheric nitrogen with thermal neutrons produced naturally by cosmic rays (with the highest production rate 10 to 13 miles above Earth’s poles), as well as by atmospheric nuclear weapons testing in the 1950s and ‘60s. The 14C atoms are then rapidly oxidized, first to carbon monoxide (CO) and then carbon dioxide (CO2), an inert gas that circulates throughout the stratosphere and troposphere.

At Earth’s surface 14CO2 (an isotope of CO2) can enter the oceanic and terrestrial carbon reservoirs. Because its production and redistribution in the Earth system are unlike any other gas, 14CO2 is a unique biogeochemical and fossil fuel tracer.

"The 14C production rate and transport to the troposphere are necessary for carbon cycle studies," according to Amadu Kanu, a Lawrence Scholar and an author of the paper. "This work will improve our understanding of the carbon cycle on Earth, including distinguishing the effects of natural processes from fossil fuel burning and how quickly atmospheric carbon flows in and out of the biosphere, water and soil."

Other Livermore authors include Tom Guilderson and Dan Bergmann. UC Berkeley and University of Miami researchers also contributed to this work.