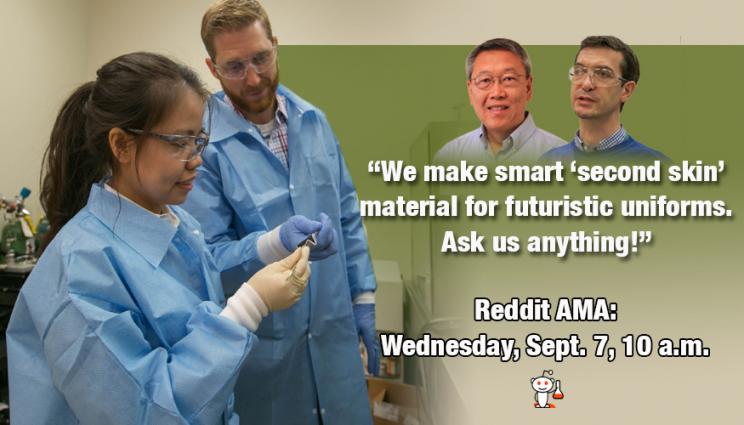 Members of the LLNL team that created an environmentally reactive "second skin" for use in military uniforms of the future will be answering questions from the public during a Reddit "Ask Me Anything" online event beginning at 10 a.m. Wednesday.

In addition to addressing just about any question on the minds of the Reddit community, Lab scientists Francesco Fornasiero, Ngo Bui, Eric Meshot and Kuang Jen Wu will talk about their role in developing a highly breathable "smart" material intended to protect soldiers from chemical and biological threats while preventing heat stress and exhaustion.

The stretchable, lightweight material is made of flexible polymeric membranes with carbon nanotube channels that act as moisture conductive pores 5,000 times smaller than the width of the human hair, allowing sweat to exit while blocking out harmful bioagents.