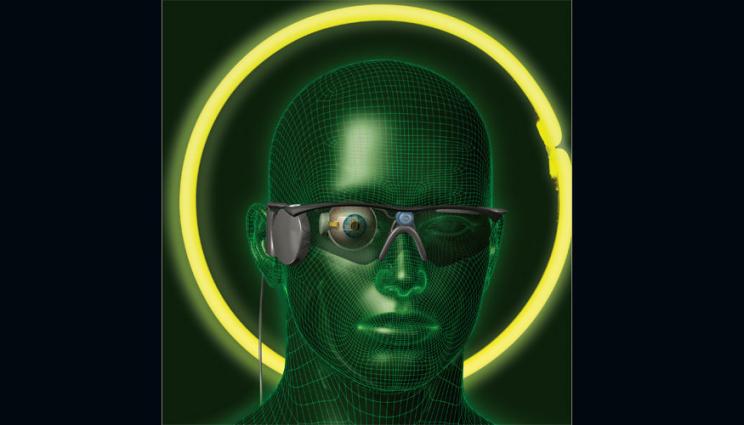 The Argus II artificial retina, in which Lawrence Livermore has played a prominent roll, has enough resolution for people to see the lines of a crosswalk, find objects and read letters a couple of centimeters tall. Image by Dan Foley/Second Sight Argus II .

Artificial retina: Invention of the year

The artificial retina, in which Lawrence Livermore has played a prominent role, has earned a place in the top 25 best inventions of the year 2013 from Time Magazine.

The invention also has garnered a 2013 best innovation designation by Popular Science .

This Department of Energy funded project resulted in the creation of the first-ever retinal prosthesis -- or bionic eye --  approved in the United States by the U.S. Food and Drug Administration for blind individuals with end-stage retinitis pigmentosa. The multi-institutional team that developed the artificial retina received a Popular Mechanics Breakthrough Award in 2010. In 2009, the team also received an R&D 100 Award from R&D Magazine .

The LLNL team contributed three major components to the artificial retina program: the thin-film electrode array that contains the neural electrodes; the biocompatible electronics package that contains the electronics for stimulating the retina and wireless power and communication; and an ocular surgical tool that will enable the replacement of the thin-film electrode array. In addition, LLNL was responsible for the system integration and assembly of the next-generation artificial retina system with 240 stimulating electrodes.

The invention was commercialized by Second Sight and is now called the Argus II, which gives sight to the blind. The device is the first FDA-approved artificial retina. It consists of a miniature video camera mounted on a pair of glasses that sends footage to a microprocessor worn on a person's belt. The processor converts the visual data to electronic signals, which are transmitted wirelessly to a 60-pixel electrode array implanted in the back of the eye. The optic nerve picks up these signals and sends them to the brain, where they are interpreted as rudimentary gray-scale images.

So far, the Argus has enough resolution for people to see the lines of a crosswalk, find objects and read letters a couple of centimeters tall. The device is currently approved for patients with retinitis pigmentosa, a group of degenerative diseases that affect two million people worldwide. And trials are planned to test the treatment of macular degeneration, the most common cause of blindness in Americans over the age of 60.