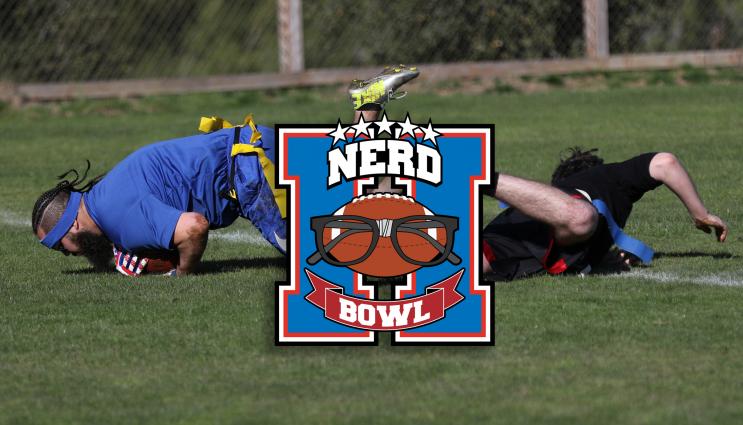 Attend Nerd Bowl II or watch the livestream on Saturday, Jan. 26 to see Bay Area science and technology companies battle for the ultimate in nerd supremacy.

The first game of Nerd Bowl II will kick off at 2 p.m. at the Livermore High School field, located at 3011 Fourth St. in Livermore, followed by the championship round at 3:30 p.m.

The inspiration for a flag football tournament grew from a group of LLNL employees who play during their lunch break. A tournament presented an opportunity to promote LLNL’s work/life balance and foster camaraderie between other Bay Area national laboratories and private industry tech companies.

In the spirit of that other big game, the Super Bowl, companies were challenged on social media at the beginning of the 2018 National Football League season, and the inaugural Nerd Bowl was held on Jan. 27, 2018.

Nerd Bowl II is open to the public and spectators are welcome. On game day, check out LLNL's Facebook, Twitter and Instagram accounts (@Livermore_Lab) for live score updates, photos and video from the tournament. Follow the hashtag #NerdBowl. The final game of the series will be broadcast on the Lab's Facebook page LIVE at about 3:30 p.m.