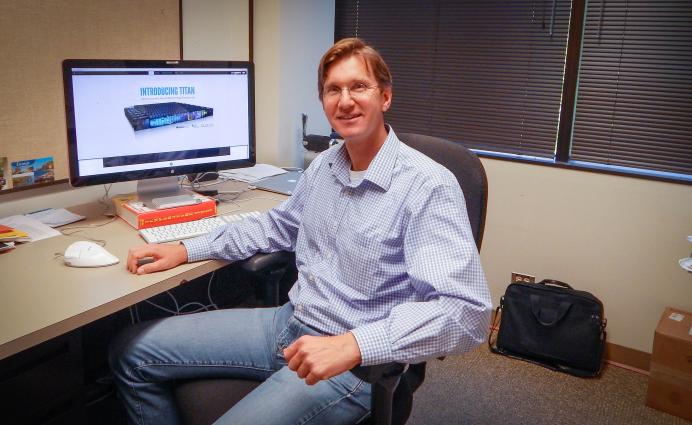 This computer modeling work applies high-energy density laser physics (HEDLP) to such astrophysical problems as gamma-ray bursts and the origin of cosmic rays. Other applications range from fusion energy to the controlled amplification of desirable radiation or particle beams of interest for possible medical use. Computer modeling is essential to the design and interpretation of experiments in high energy-density laser physics.

The main challenge in modeling this phenomena are the scales involved, which range from the microscopic physics in solid-density plasma to the macroscopic interaction volumes and times. No self-consistent computer models are currently available and the understanding of kinetic transport physics is incomplete.

"We are developing a much needed design tool for the Department of Energy's next-generation kilojoule short-pulse laser facilities," Kemp said. "Our particle-in-cell-hybrid approach surpasses the performance of the current practice, which consists of modeling short-pulse laser-matter interactions using separate codes."

In addition to basic scientific research, short-pulse lasers are used by industry in the processing of metals and special materials such as carbon nanotubes.

Kemp's team will demonstrate the capability to quantitatively model experiments on LLNL's Titan Laser as well as supporting experiments on the National Ignition Facility's Arc laser, the University of Rochester's Omega laser and short-pulse laser facility that is a part of the world's most powerful X-ray laser source, the "matters in extreme conditions" (MEC) instrument at the Stanford Linear Accelerator Center. The team combines advanced numerical tools with expertise in computational, theoretical and experimental high-energy-density physics.

"With our understanding of numerical tools, plasma physics and short-pulse laser experiments, we're confident the time we've been given on the Titan supercomputer will lead to discoveries in this field," Kemp said.