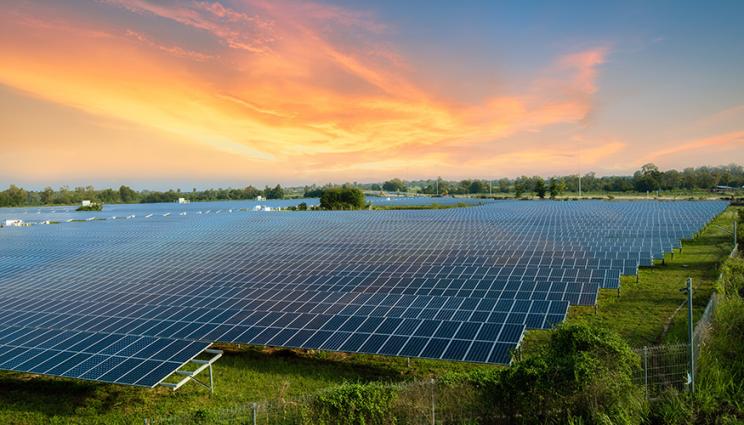 Solar energy production increased drastically in 2021 with a jump of 20%.

Americans move to more solar and wind power in 2021

The national economy is reenergizing, quite literally.

In 2021, Americans used 5% more energy than in 2020, according to the most recent energy flow charts released by Lawrence Livermore National Laboratory (LLNL).

Each year, LLNL releases flow charts that illustrate the nation's consumption and use of energy. In 2021, Americans used 97.3 quads (quadrillion BTU) of energy, which is 4.4 quads more than last year’s 92.9 quads, equivalent to a 5% increase. Both 2020 and 2021 annual energy consumption totals are less than 2018 and 2019, where Americans used more than 100 quads per year. A BTU, or British Thermal Unit, is a unit of measurement for energy; a BTU is the amount of heat it takes to raise 1 pound (~1 pint) of water by 1 degree Fahrenheit. 3,412 BTUs is equivalent to 1 kilowatt-hour, which is the amount of energy it takes to light an efficient LED lightbulb for a week.

The largest increases in energy usage were derived from coal and petroleum, which increased by 14% and 9%, respectively. This change in coal-derived energy represents the first increase since 2014 and largest increase in over a decade, hypothesized to be driven by increased natural gas prices in 2021. This hypothesis is supported by the stagnation of natural gas-derived energy between 2020 and 2021 (a decrease of <1%). The increase in petroleum-derived energy was almost entirely (90%) driven by increases in the transportation sector.

Solar and wind energy production increased drastically this past year, with jumps of 20% and 11%, respectively; biomass-derived energy also increased by 7%. These increases contrasted with hydro, geothermal and nuclear power, which decreased by 12%, 4% and 1%, respectively. The large drop in hydropower is due to exceptional drought conditions in the western United States. While hydroelectric power generation dominated the renewable energy sector for decades, solar and wind energy appear to be gaining a commanding lead — producing more than double the electricity of hydroelectric power in 2021.

“As climate change continues to impact the global hydrologic cycle, I believe we will continue to observe greater growth in solar and wind energy sectors than hydropower,” Mayfield said.

The national energy flow chart is published alongside the U.S. carbon flowcharts for 2020 and 2021, which show that national carbon dioxide (CO2) emissions increased from 4,555 to 4,863 million metric tons, indicative of a 7% increase.

“This increase is especially notable because, between 2019 and 2020, we previously observed an 11% decrease in carbon dioxide emissions,” said Hannah Goldstein, co-principal investigator and energy technology analyst at LLNL. “This increase is a combined result of the increase in coal utilization for electricity generation and increases in the petroleum-based transportation sector, likely a result of COVID restrictions being lifted as the world returns to pre-pandemic conditions.”