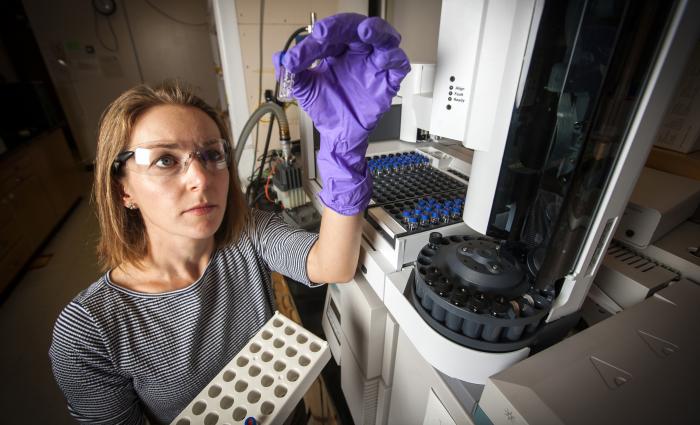 Lawrence Livermore National Laboratory scientists have combined biology and 3-D printing to create the first reactor that can continuously produce methanol from methane at room temperature and pressure.

The team removed enzymes from methanotrophs, bacteria that eat methane, and mixed them with polymers that they printed or molded into innovative reactors.

The research, which could lead to more efficient conversion of methane to energy production, appears in the June 15 edition of Nature Communications.

"Remarkably, the enzymes retain up to 100 percent activity in the polymer," said Sarah Baker, LLNL chemist and project lead. "The printed enzyme-embedded polymer is highly flexible for future development and should be useful in a wide range of applications, especially those involving gas-liquid reactions."

Advances in oil and gas extraction techniques have made vast new stores of natural gas, composed primarily of methane, available. However, a large volume of methane is leaked, vented or flared during these operations, partly because the gas is difficult to store and transport compared to more-valuable liquid fuels. Methane emissions also contribute about one-third of current net global warming potential, primarily from these and other distributed sources such as agriculture and landfills. 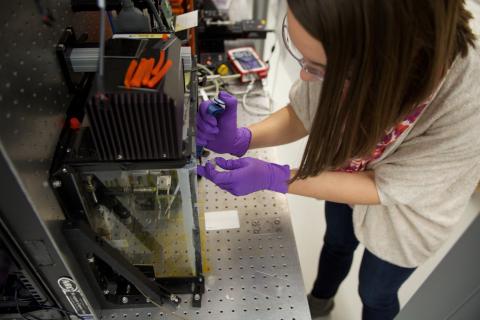 Current industrial technologies to convert methane to more valuable products, like steam reformation, operate at high temperature and pressure, require a large number of unit operations and yield a range of products. As a result, current industrial technologies have a low efficiency of methane conversion to final products and can only operate economically at very large scales

A technology to efficiently convert methane to other hydrocarbons is needed as a profitable way to convert "stranded" sources of methane and natural gas (sources that are small, temporary or not close to a pipeline) to liquids for further processing, the team reported.

The only known catalyst (industrial or biological) to convert methane to methanol under ambient conditions with high efficiency is the enzyme methane monooxygenase (MMO), which converts methane to methanol. The reaction can be carried out by methanotrophs that contain the enzyme, but this approach inevitably requires energy for upkeep and metabolism of the organisms. Instead, the team separated the enzymes from the organism and used the enzymes directly.

The team found that isolated enzymes offer the promise of highly controlled reactions at ambient conditions with higher conversion efficiency and greater flexibility. 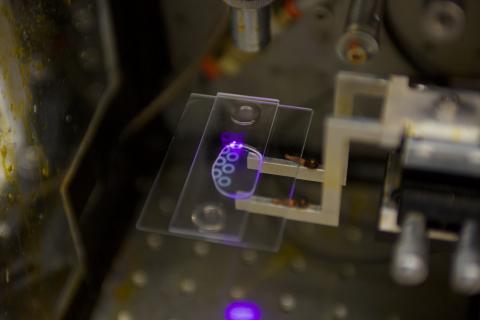 "Up to now, most industrial bioreactors are stirred tanks, which are inefficient for gas-liquid reactions," said Joshuah Stolaroff, an environmental scientist on the team. "The concept of printing enzymes into a robust polymer structure opens the door for new kinds of reactors with much higher throughput and lower energy use."

The team found that the 3-D-printed polymer could be reused over many cycles and used in higher concentrations than possible with the conventional approach of the enzyme dispersed in solution.