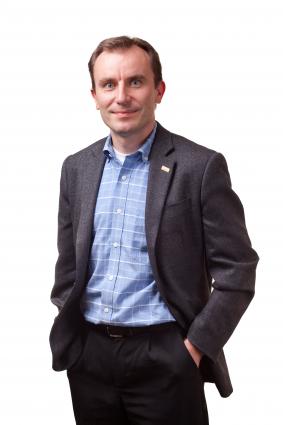 Mike Dunne, director of Laser Fusion Energy at LLNL, has been awarded the 2011 Excellence in Fusion Engineering Award by Fusion Power Associates (FPA). Dunne received the award Dec. 14 at the FPA's annual meeting and symposium in Washington, D.C.

The FPA board chose Dunne for the honor based on his "many technical contributions to high energy density physics and laser facility design and operations, both in the UK and in the U.S., and also the leadership he has been providing at LLNL to the LIFE project."

Dunne joined LLNL in 2010 as director for Laser Fusion Energy, a role that includes leadership of the Laser Inertial Fusion Energy (LIFE) project. He previously led the European laser fusion program, HiPER-a consortium of 26 institutions across 10 countries. Dunne also held the post of director of the UK's Central Laser Facility and spent 10 years at the Atomic Weapons Establishment.

The FPA Excellence in Fusion Engineering Awards were established in 1987 and are awarded annually to individuals who have shown both technical accomplishment and the potential to become exceptionally influential leaders in the fusion field.