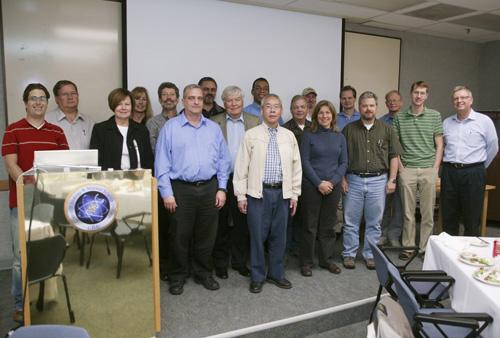 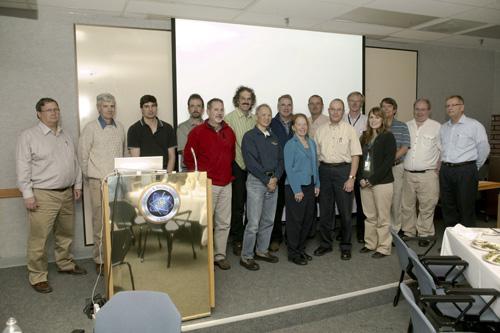 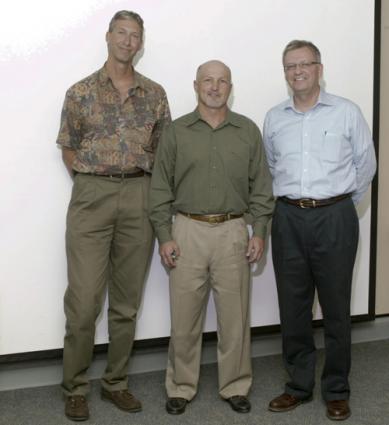 The Science and Technology Principal Directorate honored the recipients of the Science, Technology, Engineering and Operations (STEO) awards for 2009 at a luncheon held Wednesday.

"The recipients this year truly represent our multidisciplinary, cross-directorate teams working together to tackle complex problems relevant to the Laboratory and its missions," said Tomás Díaz de la Rubia, acting principal associate director for Science and Technology, who announced the awards.

The annual STEO awards recognize individuals or teams with exceptional contributions in fundamental and applied science, technology and engineering. The STEO award also is aimed at recognizing operational excellence in the S&T Principal Directorate that rises above an employee's day-to-day responsibilities and exemplifies his/her commitment to the Laboratory's value of simultaneous excellence in research and operations.

The three winners of the 2009 STEO Award are:

Characterization of the LCLS XFEL Beam

For excellence in ST&E with contributions to the delivery of the X-ray Transport, Optics and Diagnostics (XTOD) system to the Linac Coherent Light Source (LCLS) for the characterization of the X-ray free-electron laser (XFEL) beam.  Contributions to the design, development and installation of an integrated system of more than two dozen instruments for measuring and manipulating the intense XFEL beam are not only recognized as a significant achievement in the field of XFEL diagnostics, but also exemplify commitment and dedication to outstanding science and engineering at the Laboratory.