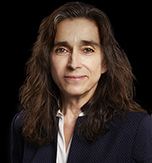 As director, Budil sets the strategic vision for the Laboratory and exercises broad delegated powers to ensure successful execution of programs and operations to advance science and technology for the nation and to maintain an outstanding and diverse workforce. The director leads the development and implementation of the Laboratory’s scientific vision, goals and objectives, and serves as the Laboratory’s highest-level liaison with DOE, NNSA, the LLNS Board of Governors, the University of California and other government, public and private organizations.

She shares the responsibility, along with the directors of Los Alamos and Sandia national laboratories, of providing the president, through the secretaries of Energy and Defense, an annual institutional assessment of the state of the nuclear weapons stockpile in terms of safety, security and effectiveness, and whether confidence in the stockpile can be maintained without a nuclear test.

Budil came to the Lab in 1987 as a graduate student in Laser Programs and became a postdoc in the weapons program in 1994. Over her career she has held roles of increasing management responsibility across LLNL programs, including Weapons and Complex Integration, in which she served as principal associate director, as well as Global Security, the National Ignition Facility and Physical and Life Sciences. Budil served twice as a detailee in Washington, D.C., first at the NNSA in the Office of Defense Science and then as a senior adviser to the undersecretary for Science in the Department of Energy. She was the vice president for national laboratories in the UC Office of the President, in which she was responsible for the governance and oversight of Lawrence Livermore, Lawrence Berkeley and Los Alamos national laboratories, as well as development of strategic partnerships between the 10 UC campuses and the laboratories. She also was the executive committee governor on the LANS and LLNS Boards of Governors, and she is a Hertz Foundation Fellow and board member.