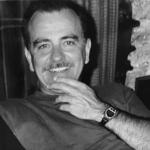 He was born on Nov. 8, 1946, in Middletown, Ohio, to the late William and Della Jean (Baker) Blevins. He worked more than 40 years as a recognized tritium specialist with the U.S. Department of Energy at Mound Lab in Ohio, and at Lawrence Livermore National Laboratory. He took pride in his work, retiring from LLNL. He also had a side roofing business for a number of years.

He was an athlete for the majority of his life. He played basketball, softball and tennis, and competed in triathlons and marathons. He remained an active hiker and walker for many years. He had a passion for cars, owning more than 100 during his life. He was a literacy tutor volunteer at the Livermore Library, and he volunteered to help with bottling wine at Thomas Coyne Winery in Livermore.

He is survived by his wife, Gail Blevins; his son, Ken (Karen) Blevins; his daughter, Lea Blevins; his sister, June (Mike) Haddix; his granddaughter, Brittani (Derek) Kline; and his former wife, Donna Blevins.