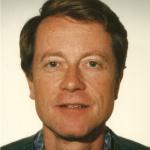 Turner graduated from Bellevue High School in Bellevue, Washington in 1960. He attended Stanford University and graduated in 1965 with a  bachelor of science in physics. He received a PhD in physics from Yale in 1973. After completing his PhD, he worked at SRI Energy Lab for a year and then embarked on a 30-year career at Department of Energy National Laboratories; Lawrence Livermore National laboratory (LLNL), 17 years (1974 - 1991), Superconducting Super Collider Laboratory (SSCL) 3 years (1991 – 1994), and Lawrence Berkeley Laboratory (LBNL), 10 years 1994 – 2004. He retired in 2004. At the DOE laboratories he worked in the fields of high-energy physics, accelerator physics and magnetic confinement fusion plasma physics. On the basis of his work in these fields he was elected Fellow of the American Physical Society (APS) and Fellow of the American Association for the Advancement of Science (AAAS). He was as senior scientist at SSCL and LBNL. he felt privileged to have received his education and to have worked in challenging and interesting areas of science.

While at Stanford he met Ellen Carlton, class of 1966. They were married in 1967 and had two sons. After 22 years the marriage ended in divorce. During the 17 years that he worked at LLNL he could frequently be seen in the middle of the pack of noontime runners circling the perimeter of the laboratory. In the late 1980s an Achilles heel injury compelled him to take up swimming as his main exercise. He met his lifetime partner Tania Selden in the swimming pool at the Livermore Valley Tennis Club (LVTC).

When he arrived at LBNL in 1994 he joined what is now named the Cal Masters (CALM) program at University of California, Berkeley as a fitness swimmer. At the time of his retirement from swimming in 2019, he had been a member of CALM for 25+ years and was the oldest male member of CALM.

He was predeceased by his parents. he is survived by his life partner Tania Selden, sister Katherine, brother Dick, ex-wife Ellen, sons Luke and Ben, and lovely identical twin granddaughters Carmen and Alma.