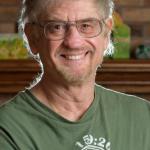 Kuczmarski was born on Sept. 19, 1945, in Cleveland, Ohio, the son of Vincent and Virginia (Kniola) Kuczmarski. In 1963, he graduated as class valedictorian from Benedictine High School. He went on to attend Case Institute of Technology, where he was awarded a bachelor of science degree in computer science in 1967. He later moved to Madison, Wisconsin, obtaining a master’s degree in computer science from the University of Wisconsin. From 1969 to 1980, he was employed as a systems programmer at the University of Wisconsin's Madison Academic Computing Center. In 1980, he moved to California to accept a position with Lawrence Livermore National Laboratory. He worked there as a computer scientist until his retirement in 2005.

He was preceded in death by his parents; and his infant brother, William "Billy" Kuczmarski; and brother, James C. Vincent. He is survived by his sister, Maria Kuczmarski; and by his friend and cousin, Virginia "Ginny" Sikon.

Donations in his honor may be made to American Players Theatre or the Madison Symphony Orchestra. No memorial service is planned at this time.