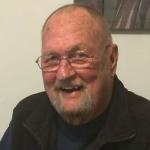 Deaton was born Oct. 5, 1940, in Ola, Arkansas. He was the second of four sons to the late Mr. and Mrs. Boyd and Ruby Deaton, and the older brother to the late Wendell Deaton. He attended Arroyo High School in San Lorenzo. There he met his first wife, Sandy Reposa.

He started his lifelong career as a communications installer for Western Electric. This job allowed him to travel and work throughout the United States during the 1960s and 70s. While working in New York City in 1969, he met Martha, his wife of 25 years. He retired from AT&T in1998, and then went to work for Lawrence Livermore National Laboratory where he retired again in 2003. He was a highly respected senior technologist-electronics.

He is survived by his daughters Terri Cornejo and Traci Thomas of Aurora, Colorado and Lena Deaton and her husband, Jason Wheeler, of Goleta; five grandchildren Rindi, Rebecca, Devin, Jonathan and Morgan; and brothers Leonard Deaton of Olympia, Washington and Jim Deaton and wife, Cathy, of Marysville.

To honor his wishes to celebrate life together after his passing, we are having an open-house gathering at his home July 24 from 2:00 -6:00 p.m.