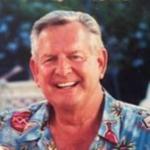 Santor was born on March 9, 1943, in Stockton, to his parents, William and Roberta Santor. After moving to the Los Angeles area for many of his early years, he settled in Fremont in 1958. He graduated from Washington High School in 1961. He enrolled in the U.S. Air Force and was stationed at Travis Air Force Base in Fairfield. He proudly served from 1961 to 1965.  He had a career that began and ended at Lawrence Livermore National Laboratory. His 37 years of service begin in 1966. He retired in 2003. He had many career accomplishments from engineering modern day DOE projects, building and managing a building site, then toward the end of his career managed a large team of engineers.

The family will host a private military burial at St. Michael's Cemetery in Livermore. This small burial will be followed by a celebration of life for close family and friends.