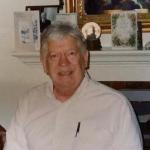 Lowder was born in South Gate, California. He received his bachelor of arts in physics from University of California Riverside in 1961, where he was elected junior class vice president. He worked at Advanced Kinetics in Costa Mesa, developing an experimental simulation of the solar wind's interaction with the earth's magnetic field. In 1968 he enrolled in nuclear engineering department at the Massachusetts Institute of Technology, where he received his Ph.D. in August 1972. He joined Lawrence Livermore National Laboratory in 1976 and worked as a plasma physicist in the Laser Isotope Separation Program. He retired in 2000.

Many years ago, he was diagnosed with Hereditary Spastic Paraplegia, only about 20,000 people in the USA are affected by HSP. For the past 5 years he was a resident of Heritage Estates in Livermore. A special thank you to the staff for their assistance as his disease progressed.

Donations may be sent to the Spastic Paraplegia Foundation, 1605 Goularte Place, Fremont, California 94539-7241 in honor/memory of Robert Stephen Lowder of Livermore.