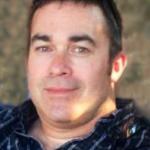 McKim was born on Naval Air Station Pensacola on Sept. 24, 1964, to Robert D. and Barbara J. McKim.  In 1983 he enlisted in the U.S Army, becoming an arctic paratrooper and then changing his military occupational specialty to the military police corps.  He served just under 23 years, with deployments to Hungary and Iraq, retiring in 2012.   He began his employment at Lawrence Livermore National Laboratory in 1997 on the Special Response Team (SRT) in the protective force department.  In 2004 he transitioned into becoming a senior certified fissile material handler within the SuperBlock and Radioactive Hazardous and Waste Management (RHWM).  He was also a responder on the Adversary & Interdiction Methods (AIM), Accident Response Group (ARG), and Radiological Assistance Program (RAP) Teams, part of the Nuclear Emergency Support Team (NEST), within the Global Security Directorate.

He is survived by his wife Miriam, children Courtney (Rinnert) Wirtley, Meghan (Rinnert) Torres, and Cordell McKim, his mother Barbara McKim, and sisters Sandra (McKim) Gould and Tamra (McKim) Chernoff.  His father preceded him in death in 2019.

He was buried with full military honors at the Sacramento Valley National Cemetery in Dixon. In lieu of flowers, donations can be made to the Northern California Bible College, Mission City Church or the Wainwright Arctic Paratrooper Association (Charlie Airborne).