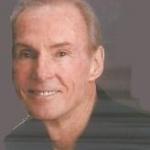 Morrison, was born in Omaha, Nebraska; his family had to move to Modesto due to the Great Depression. He started work at Gallo Winery after college as their chief chemist. He moved on to Lawrence Livermore National Laboratory where he became a senior research scientist for 30 years until he retired. Many publications, patents, accomplishments and awards would be attributed to him during his tenure there, including the Excellence in Nuclear Weapons Award from the Department of Energy.

Some of his favorite past times included becoming a ski instructor, scuba diving instructor, wildlife and underwater photographer and a pilot of his own plane.  He was a devoted Christian and he loved teaching Sunday school at Bethel Church where he was a member for 50 years.

His father, Robert; mother, Irene, and brother, Ronald predeceased him. He is survived by his wife, Sharon, of 55 years; his five children; Tamara Farrar of Laguna Beach, Dennis Morrison, Traci Pantaleo, Karen Balmer and Cheryl Oliveira, all of Modesto. He had many grandchildren, great-grandchildren, nieces and nephews that he loved dearly and who will miss him.

Due to COVID-19 there will be no services. A memorial will be held at a later date.