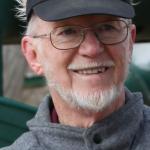 Kaster was born in Portland, Oregon, on July 11, 1931, to Reva and Roy Kaster.  When his mother died in 1941, he moved to California to live with his mother’s sister, Gurtha Lewis. In 1948, he joined the U.S. Navy.  He served on the USS Princeton (1950-1951) and the USS Valley Forge (1951-1952). When he left the Navy, he went to night school and got his high school diploma.  He then continued his education and got an Associate of Arts degree from Delta College in Stockton.

He worked for Lawrence Livermore National Laboratory from 1956 to 1990.  He enjoyed his job testing explosives at Site 300 to make them safer to handle.

He married Ila Shirley in September 1951. They had two children, Rita I. McConnell and Robert A. Kaster, both of Fallon, Nevada.  After his wife died, he married Verna Swanson in 1976.

He is survived by his wife, Verna Kaster; children, Rita McConnell and Robert and Jeri Kaster; four grandchildren and seven great grandchildren.