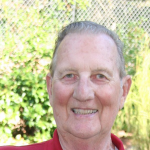 Baird was born on Sept. 28, 1937, to Charles (Charlie) and Dorothy (Dottie) Baird. He graduated from Burlingame High School. He went on to receive his bachelor's degree from San Jose State, during which time he met his soulmate, Carrol. After college, he joined the National Guard and was posted at Camp Roberts. He and Carrol were married in 1961 and made a life for themselves in Livermore. He retired from the Lawrence Livermore Lab after a 35-year career.