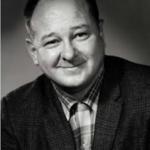 Kidder enjoyed both a long life and a long successful career at Lawrence Livermore National Laboratory (LLNL), where he had a major impact on programs including: the physics of nuclear weapons, inertial confinement fusion, megagauss magnetic fields, the Atomic Vapor Isotope Separation (AVLIS program) and containment of low-yield nuclear explosions.

Kidder received the Leo Szilard Lectureship Award and the Humboldt Award. He wrote more than 100 classified reports and many journal articles. He also was active in the public policy arena. Kidder’s many friends and colleagues held him in high esteem as a brilliant scientist and a man of integrity.

Kidder was born in New York City in 1923 and lived in Manhattan until the family moved to Riverside, Connecticut, when he was a young boy. His father, Harry Alvin, managed New York City’s “Temple of Power” at 59th Street, which at the time was the largest power station in the world. The station provided electricity to run the IRT subway line for more than 50 years. Kidder was much inspired by his father who he described as the kindest person he ever knew. As a teenager, he loved sailing and tennis.

Acting on the advice of a friend of his father, Kidder enrolled at the California Institute of Technology in 1942, after graduating from The Loomis Chaffee Boarding School in Windsor, Connecticut. He left early in his sophomore year and returned to Connecticut. Then he got a job as a laboratory tech in the Physics Division of the American Cyanamid Research Labs where he worked on infrared spectroscopy. His work came to the attention of government scientists, and he indirectly became involved in the Manhattan Project. He made measurements to monitor the purity of uranium hexafluoride (UF6) gas that was prone to contamination, and he also developed important instruments.

In 1943, Kidder joined the Navy but was precluded from sea duty because of his earlier involvement in the Manhattan Project. The Navy trained him as a radio technician during WWII. After the war, he took the Officer’s Candidate School (OCS) test and scored so high that the Navy sent him to Ohio State University. Initially a math major, Kidder earned a bachelor’s degree in 1947. He quit the Navy and stayed at Ohio State, earning a master’s degree in math and a Ph.D. in physics in 1948 and 1950, respectively. Kidder considered himself an applied mathematician with a focus on the physical sciences. His doctoral thesis concerned the vibrational spectra of large polyatomic molecules – more a math problem than as physics problem. He chose the career label “mathematical physicist” and stuck with it.

After graduating from Ohio State, Kidder got an offer from the California Research Corp (CRC), a division of Standard Oil of California (now Chevron). Using statistical extreme-value theory along with physics, he calculated the hurricane wind stresses on offshore oil platforms. Using an elegant application of complex variable theory, he also developed a fluid mechanics model for oil field porosity. After six years at CRC, acting on advice from a friend, Kidder applied for a job at the newly established Lawrence Radiation Laboratory (LRL), which would later be renamed LLNL.

In 1956, Kidder joined the Theoretical Division (T-Division) at LRL. Quickly making a name for himself, he worked closely with Edward Teller, and then Lab Director Johnny Foster on many of the Lab’s early experimental nuclear weapons designs. Along with Ted Merkel, then head of the physics department, Kidder ran the “pre-mortem committee," which was charged with evaluating the adequacy of all the designs for the Pacific test series Operation Dominic. His evaluation concluded with a new model and a system of equations. With expert programmer, Alex Cecil, Kidder developed a computer code that was a milestone in the weapons program and remained in use for decades.

In the fall of 1961, Kidder’s interest shifted toward lasers. At that time, discoveries made possible short-duration high power lasers and opened up the possibility of laser fusion. For Kidder, the transition to lasers was natural. He carried out some calculations that indicated that 100 kilojoules might be enough energy to ignite a small quantity of deuterium and tritium gas.

He calculated that one- to two-megajoules of laser energy would be required to achieve ignition at the early stage, publishing the equation in SPIE. His calculation differed greatly from others studying the potential of laser driven inertial confinement , as did his preference for heavy-ion fusion and his proposed approach to taking an incremental approach to building a laser program at LLNL.

Ultimately, LLNL brought in an outside expert to lead the laser program. The experience hardened Kidder and reinforced in him a sense that there are moments when it is important to stand up for one’s beliefs, even if unpopular. This spirit of challenging conventional wisdom, often having significant influence, but also inviting controversy, would become a defining theme of Kidder’s professional career.

One such instance took place in 1979 when Kidder served as a key witness against DOE in the U.S. v. The Progressive. DOE sought to halt publication of a magazine article that was alleged to reveal the “secret of the hydrogen bomb.” Kidder favored publication. This battle also pitted Kidder against Nobel Prize winning physicist Hans Bethe, who engaged Kidder in debate via a series of classified letters, which later were declassified. Bethe eventually conceded Kidder’s point and the magazine article ultimately was published.

In 1993, members of Congress asked LLNL to assign Kidder to, and assist him in, preparation of an evaluation of the continuing reliability and safety of the U.S. nuclear weapons stockpile in the absence of further nuclear explosive tests. This began the U.S. process to initiate and then extend indefinitely the nuclear test moratorium. He assisted Sen. Mark Hatfield in defining the one-year moratorium, and then assisted DOE Secretary Hazel O’Leary on its proposed extension, which culminated in President Clinton signing the currently continuing test ban extension. He received a special recognition by the American Physical Society (Szilard award) for his essential role in this process. He was most proud of this achievement.

He is survived by two of his children, Sandy and Matt. A private celebration of life was held on Jan. 19.