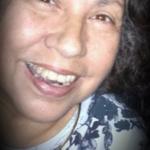 Burke was a longtime resident of Livermore and a retiree from Lawrence Livermore National Laboratory (LLNL).  She took great pride in the divisions that she worked within LLNL and had a great love of music, dancing, food and the thrill of shopping.

Donations may be made to the University California San Francisco (UCSF) Sarcoidosis Research Program or the American Diabetes Association.