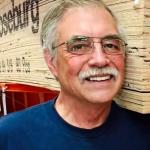 Paul Kempel died Sept. 24 from complications of a stroke, at home in Tracy, California.

He graduated from St. Joseph's High School in 1971 and graduated with honors in architecture from University of California, Berkeley in 1977. He landed his dream job at Lawrence Livermore National Laboratory. Throughout a 37-year career, he held titles of architect, engineer, design manager and project manager eventually retiring in 2018.

There will be a funeral mass at St. Joseph's Church in Alameda on Saturday, Oct. 8, at 10:30 a.m. A reception will follow at Pasta Pelican located at 2455 Mariner Square Drive, Alameda.