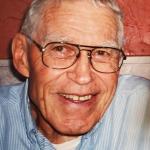 Martin and family lived in Livermore during his 31-year career with Lawrence Livermore National Laboratory, where he retired in 1987 as a senior technologist. He was an Army veteran and served for more than 20 years in the Army Reserve, retiring in 1989 as a staff sergeant with the 481st Heavy Boat Company.

He was a nature enthusiast and a longtime member of the Sierra Club. He was an avid backpacker, mainly in the Sierras, but backpacked in the Swiss Alps one year. He was a trail safety patrol volunteer with the East Bay Regional Park District for more than 20 years.

He is survived by his wife, Doris, and sons, Philip and Kenneth.