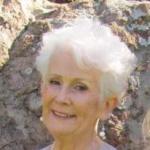 Spence was born in Pueblo, Colorado on Sept. 12, 1937. She was a 1955 graduate of Central High School. She married her high school sweetheart, Kirk Mac McGowan. They lived in Grand Canyon, moved to Moab, Utah and then to Livermore in 1963. She retired from Lawrence Livermore National Laboratory as an administrative specialist in 2002. She held many positions in the Livermore Valley Unified School District and graduated from the Livermore Citizens Police Academy and helped with banquets and meetings for the police officers.

Expressions of sympathy may take the form of contributions to Celebration Church or National Breast Cancer Foundation. Online condolences and pictures may be sent to SurpriseFuneralCare.com.