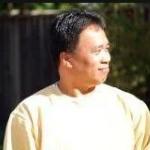 Bergonia was born in Bolinao, Philippines. He was a graduate of the Guzman Institute of Technology in the Philippines. Shortly after graduating, he worked building engines as a machinist in Doha, Qatar. He then joined his parents and siblings when he moved from the Philippines to Livermore, California in 1990.

He retired just two years ago from Lawrence Livermore National Laboratory as a mechanical technician working in the National Ignition Facility. He started working at LLNL in 1996. Before that, he worked for Mesa Systems in Livermore.

Family and friends are invited to honor and celebrate his life. The viewing will be on Dec. 9, at Holy Cross Cemetery and Funeral Center, 2200 East 18th St., Antioch. The funeral will be held on Dec. 10, at Antioch UM Church on the Rock, 50 Walton Lane, Antioch. Service will be at 11 a.m., and a precession to Bergonia’s final resting place at the Holy Cross Cemetery and Funeral Center will follow.