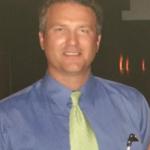 Eubanks was born on July 13, 1961, in Houston, Texas to Huard (“Doc”) Houston Eubanks, and Gail Elinor Locke Eubanks. He grew up in both Pasadena, Texas, and later Lyndhurst, Ohio for ten years. The family returned to Texas, where he graduated from Sam Rayburn High School in 1980. After high school, He worked as a pipefitter/welder at the Lubrizol Chemical Corp. in Deer Park, Texas. In his early 20’s He took his skills and headed to California, honing those skills, and working on Co-Gen plants. He began working at the Lawrence Livermore National Laboratory, in 1989 as a pipefitter/welder and transitioned into plumbing as well as boilers, and eventually entered management. During his 33 years at the lab, he volunteered to move into many diverse positions, all while staying true to what he loved, the crafts. He managed government projects, worked with vendors from boilers to cryogenics, and seemed to be the OSHA “rules and regulations guy,” all while managing a team of his own as a Work Management Group Leader. He taught pipe fitting and systems engineering at Laney College in Oakland for a few years and enjoyed the passing of his knowledge and skills to his students.

In his mid-30’s, he met the love of his life, Tamara (Walbridge) Eubanks, at the Livermore Rodeo Mixer in June 1994. After a short courtship, they married in April 1995. A few years later, their twin sons Blake and Derek were born.

He is survived by his loving wife, Tamara, sons Blake and Derek, sisters Susan (John) McIlhenny and DeeAnn (Jim) Pochedly, and many nieces and nephews. He was preceded in death by his parents, Gail and Huard Eubanks.

In lieu of flowers, the family requests that donations be made to the Eubanks Scholarship Fund of the Livermore Rodeo Association.