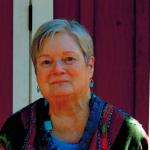 Spletter was born in Appleton, Wisconsin, on Nov. 28, 1946, to Mary Elizabeth (Kelly) Spletter and Norman Julius Spletter. Very early on she developed a love of writing, journalism in particular, and served as the editor of her high school newspaper. She graduated from Xavier High School in 1965 and went on to the University of Wisconsin-Madison. At UW she joined the professional journalism sorority, Coranto Sigma Iota, served as its president in her senior year, and graduated with a bachelor’s of science in journalism in 1969. She was a reporter for the Milwaukee Sentinel between 1969 and 1973.

After suffering from breast cancer in 1972 and recovering, Spletter took time off to write “A Woman’s Choice, New Options in the Treatment of Breast Cancer.” The book was an early milestone in women’s efforts to guide their own medical treatment rather than leaving decisions to doctors.  In 1995 she also served as editor of a brochure on breast cancer that was mandated by the state to be in the office of every physician who could make a diagnosis of breast cancer. She also volunteered for several years with Reach to Recovery, an organization that provides one-on-one support for breast cancer patients.

Upon retirement in 2002 Mary began to study playwriting, but she also was diagnosed with a second breast cancer.  She was a model of resilience and strength even after being diagnosed with Parkinson’s disease on the last day of her cancer chemotherapy.  She kept a positive attitude, exercising daily, working with a personal trainer and taking classes in water aerobics and yoga.  She wrote a play, “The White Pelican,” that dealt with her cancer experience.  It was stage-read at the Playwrights’ Center of San Francisco.  Another play, “Unfinished Business,” was stage-read at the Bellevue Club in Oakland. Her “Arches, Balance and Light,” a fictionalized account of the life of architect Julia Morgan, was selected by the Ross Valley Players of Marin County to be their “Ross Alternative Work” of 2016.

Instead of giving flowers, please make donations in her name to research on Parkinson’s disease, for example, to the Michael J. Fox Foundation.