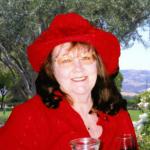 Gunn was born in San Francisco and lived in Sebastopol until her early teens, when the family moved to Oakland. She was an honor student and yell leader at Oakland High School, where she graduated in 1953. She was a member of the Foothill Baptist Church and met her husband Ron at a Bay Area Christian youth event. They married on June 1, 1956.  By 1962 their family of six was settled in Livermore.

In 1973 she was hired as a telephone operator at Lawrence Livermore National Lab. Eventually she landed a position as a senior technical coordinator for laser facilities. Upon retirement from LLNL, she and Ron traveled extensively with American Stage Tours. Alaska, Hawaii, Catalina Island and Yosemite National Park were among their favorite destinations. Gunn holds the record for the tour company’s longest riding passenger.

In accordance with her wishes, the family will not hold a service at this time. Those who wish to remember her may contribute to their favorite charity, or Hope Hospice at 6377 Clark Ave., Suite 100, Dublin, CA 94568.