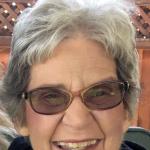 Miller was born in Bakersfield, California, on March 19, 1935. She was the daughter of Miriam and Harold Remington. She attended the University of California, Berkeley, where she majored in music. She played piano, oboe and violin, and was a member of the Bakersfield Philharmonic Society.

She and her husband, Tom Miller, whom she met in Sacramento, were married in 1959. They moved to Livermore in 1966. She worked at the Lawrence Livermore National Laboratory as an administrator, retiring in 1995. She traveled with her husband to table tennis tournaments, where he played and umpired. She became integral in running tournaments and was inducted into the Table Tennis Hall of Fame for her contributions to the sport.

In lieu of flowers, the family requests donations to the Alzheimer’s Association. Callaghan Mortuary is handling arrangements, and an online guestbook is available for condolences at www.callaghanmortuary.com.