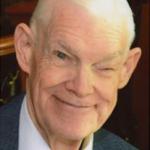 Lundquist was born April 14, 1942 in Alexandria, Louisiana to Mae Lorraine (Obenland) Lundquist and Gilmore John Peter Lundquist. Graduating from Ohio's Fairborn High School in 1960, he went on to receive a bachelor of science in physics from Ohio State University in 1964 and was commissioned as an officer in the U.S. Army immediately following graduation. While serving, he completed a master of science in nuclear physics from Ohio State in 1968 before being deployed as a field artillery officer in Vietnam. In Vietnam, he received two Bronze Stars and a Purple Heart.

He joined the Atomic Energy Officer program, earning a secondary specialty in Atomic Energy. He was stationed at nearly all the country's nuclear laboratories, including Lawrence Livermore Laboratory, Sandia Laboratory, Los Alamos Scientific Laboratory and the Army Nuclear and Chemical Agency and Department of Energy Headquarters.

In 1975, he earned a master's degree in military arts and sciences from the U.S. Army Command and General Staff College. In that same year, he married Diana Louise (Brant) on March 28, with whom he had two children: Loraine Louise Lundquist (1977) and Gilmore Robert Lundquist (1978). After retiring from the Army in 1984 with the rank of Lieutenant Colonel, he worked as a scientist in the X-4 nuclear design group at Los Alamos National Laboratory, where he contributed to many warhead designs, including the W88 deployed in the Trident II submarine missile. He worked as an advocate for nuclear safety in the nuclear weapon stockpile stewardship program. In 2000, he became deputy group leader of X-4. He retired in 2004, returning regularly as a consultant to share his expertise as one of the few remaining scientists with live nuclear test experience.

Friends are invited to a virtual remembrance Jan. 17 at 1 p.m. Please contact loren [at] lorainelundquist.com for details. In lieu of flowers, the family requests donations made in his honor to Disabled American Veterans.