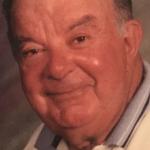 Avila was born in Oakland to Anthony and Emelinda Avila. He attended Frick Grammar School and Fremont High School, graduating in 1952. When he graduated from high school, he enlisted with the U.S. Coast Guard, where he served for five years. During his enlistment, he served in Alaska, Japan, China, Hawaii and California. In his last year of service he was stationed at the lighthouse at San Francisco’s Golden Gate. After his service, he attended Laney College in Oakland and received his associate arts degree. Lawrence Livermore Laboratory recruited him in 1959, where he worked for 41 years.

He married his wife, Bonnie in 1960, celebrating their 60th wedding anniversary in August. They have four children, Steven, Brian, Carla and Kevin, 10 grandchildren and six great grandchildren.