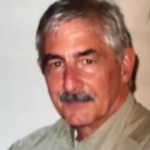 Keller was born Oct. 31, 1941 in Louisville, Kentucky.  He grew up in a military family and started school in Puerto Rico.  He lived and studied all over the U.S. and attended high school in Germany and Missouri.  He graduated from Northwestern University in 1964 and obtained his Ph.D. in physics from the University of Wisconsin-Madison in 1970.

He served his country as a physicist and a system designer at the Lawrence Livermore National Laboratory from 1972 to 2018. His designs were cornerstones of the U.S. nuclear deterrent during the Cold War and remain so today. He had a unique sense for design optimization and created some of the best performing warheads while including modern safety features for the benefit of the warfighters and public. Beyond his outstanding technical achievements, he was a patient and insightful mentor and role model for several generations of physicists and designers at LLNL.

Due to COVID-19, a celebration of life will be held sometime in the future.  The family asks that any donations in his memory be made to research on Parkinson’s Disease such as the Michael J. Fox Foundation.