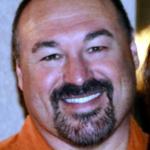 Carver was born Oct. 28, 1966, in Modesto to Linda and Robert Carver. He graduated from Thomas Downey High School where he played football, was on the wrestling team and started bull riding in high school rodeo. This is also where he started dating Stephanie at the age of 15. He attended college in Arizona and received his degree in electronics. After graduating, he started his career at Lawrence Livermore National Laboratory in July 1988 and worked there for 34 years.  He married Stephanie that same year and they bought their first home in Modesto in 1989. They raised three children, Megan, Mason and Marissa in the Modesto, Waterford and Hughson area and were baptized members of the Waterford Seventh Day Adventist Church.

He is survived by his spouse of 33 years, Stephanie Carver, son Mason (Jayda Cissell) Carver; daughters Marissa (Blake) Wall and Megan (Nick) Newman; his mother Linda Carver and his grandchildren Reagan, Ryleigh and Colston. He was preceded in death by his father Robert Carver.