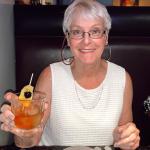 Welsh and her identical twin sister Patty were born on NOv. 11, 1941, in San Francisco to Archie and Betty Simmons. She attended University of California Berkeley in 1959. She graduated from UC Berkeley in 1963 with a degree in communications and public policy. While at Cal, she was a member of the Alpha Xi Delta sorority. During her time at Cal, she met her future husband, Frank Welsh. They were married in 1963 and settled down in Livermore in 1970.

She started out working for Assemblyman Gib Marguth from 1980 to 1982. She went on to work at Lawrence Livermore National Laboratory for 32 years from 1984 to 2016 as an administrative specialist/executive secretary. She worked in various departments including - Plant Engineering, Laser Directorate, Health Services, National Ignition Facility, Nonproliferation, Arms Control and International Security, Nuclear Materials Technology Program Facility, and Environmental Safety & Health.

She is survived by her daughter, Betsy Welsh Wilson, and her grandchildren Emily and Nate Wilson. She is also survived by her adopted children Gino Medeiros and Mary Sturges. She was preceded in death by her twin sister Patty.

A celebration of life will be held at 4:00 p.m. on Friday, Sept. 16 in the Cresta Blanca Ballroom, Robert Livermore Community Center, 4444 East Avenue, Livermore. Guests are encouraged to wear colorful clothing to celebrate the bright light that she would always fill the room and our hearts with.

In lieu of flowers, the family encourages donations to the Ovarian Cancer Research Alliance, www.ocrahope.org or to Hope Hospice, www.hopehospice.com.