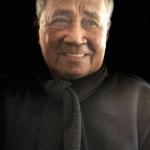 Bergonia was born on June 14, 1934, to Genoveva Carvajal and Victorino Bergonia in Bolinao, Pangasinan, Philippines. He married his sweetheart, Merofe Aquino Bergonia, on Jan. 24, 1955. He served in the Philippine Navy from 1963 to 1983, serving as quartermaster, before immigrating to the United States in 1983.

He was a hard-worker, taking on various jobs to support his family before being employed at Lawrence Livermore National Laboratory as a custodian from 1989 to 2000. He served as president of the Livermore Filipino-American Association from 1995 to 1997. He was an avid and passionate ballroom dancer, particularly the tango. He won dancing contests together with his wife.