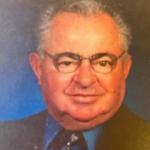 Lima was born to Maria C. Lima and John S. Lima on June 13, 1936, in the village of Pedro Miguel on the island of Fayal, Azores, Portugal. He was the oldest of 10 siblings. Growing up, he took care of the family farm while his father, a well-respected master carpenter provided for the family. He started his journey to becoming a master cabinet and furniture maker. He married Hilda Pereira Vargas on Dec. 12, 1959 and were married for 61 years. They have three children, David and (Linda) Lima, Leo and (Selecia) Lima and Janice Lima.  They have six grandchildren, and four great grandchildren.

He worked in the cabinet making field for more than 42 years, working at the Pleasanton Cabinet shop, Sears & Roebuck, his own cabinet shop and later worked at Lawrence Livermore National Laboratory as a cabinet /furniture maker for 14 years, retiring in 1998.

He learned how to play the mandolin, violin, Portuguese guitar and played these instruments in an orchestra while in Fayal. He also played the saxophone and became a founding member of Nova Artista Azoreana. He became a member and president of the IPFES Holy Ghost Society, Our Lady of Fatima Societ, Sagrada Familia, choir director for the Portuguese choir at Saint Bernard’s church and a member of the Men of Saint Patrick’s.