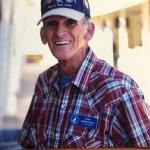 Ambrosino was born April 5, 1935, in Gloversville, New York. He his younger years growing up in Gloversville helping his uncles with cement sidewalk repairs and local paper route, and then entered the Air Force in the 456th Fighter Interceptor Squadron to serve his country, which later would bring him to Livermore, to begin working at the Lawrence Livermore National Laboratory where he met Lorrie. He retired from LLNL after 38 years.

In lieu of flowers donation can be made in his name to St. Jude Children’s Hospital.

Callaghan Mortuary is honored to be serving the Ambrosino family. An online guestbook is available for condolences at www.callaghanmortuary.com.