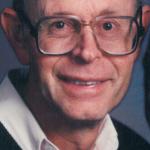 His professional life included positions at Westinghouse in Pittsburgh and consultant for General Atomics in San Diego. But most of his career was spent as a mechanical and nuclear engineer at the University of California Radiation Laboratory at Livermore (Lawrence Livermore National Laboratory) from 1959 until his retirement in 1995. He was particularly proud of his idea for the cascade fusion power reactor.

He is survived by his children, Liane Benedict (Welden) and David Pitts (Christine Grosh), and his grandchildren, Helen Wheeler (Anthony) and Nora Pitts (Sando Hamilton). His wife, Carol, died on June 19.

Private graveside services were held in Monterey. A memorial page is available at www.crippenandflynnchapels.com/obituary/john-pitts. The family has also established an online site for reminiscing at www.johnandcarolpitts.online. Memorial donations may be made to The Nature Conservancy, Oakland Public Education Fund or Del Valle Fine Arts.