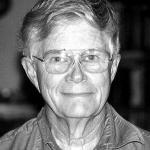 John G. Fletcher, a Lab retiree and 50-year resident of the Tri-Valley, died at his home in Livermore, Jan. 8, after a ten-month battle with cancer. He was 77.

Fletcher was the only child born to Howard and Linda Fletcher on Oct. 28, 1934, in Aberdeen, S.D. His father’s profession as an FBI agent frequently moved the family around the country. He had lived in 15 states by the time he was 19.

He was an honor student, and received his bachelor’s degree from the George Washington University, Washington, D.C., in 1955, earned his master’s degree in 1957 and a Ph.D. in physics in 1959 from Princeton University. He was a member of the Phi Beta Kappa Society.

He married his high school sweetheart, Margaret “Jill” Thompson, in the summer of 1956 and they had three children — two girls and a boy, born while the couple were living in Princeton.

In 1960, John, along with astronomer Carl Sagan, received an appointment as a post-doctoral fellow of the Miller Institute for Basic Research in Science at the University of California at Berkeley. The family moved to the San Francisco Bay Area, renting a house in Oakland, before settling in Pleasanton in 1962.

Fletcher accepted a position at what was then University of California Radiation Laboratory (LLNL) in 1962, beginning a 31-year career at the Lab.

He began work as a physicist, but soon shifted to the relatively new field of computer sciences.

Throughout his years at LLNL, he worked on and programmed the most advanced computers of the day, writing operating systems, becoming a group leader, and working on pioneering projects, such as the “Octopus” computer network, at the time one of the largest concentrations of computing capability in the world.

Many of his algorithms, such as “Fletcher’s checksum,” have become standards still used today. He also taught computer science at the Department of Applied Science, UC Davis Extension at Livermore. He retired from the Lab in 1993.

In retirement, Fletcher lived in Livermore with his second wife, Gail Shearer, whom he married in August 1987. A lifelong environmentalist and humanitarian, he donated generously to many benevolent organizations. He spent his retirement hiking, traveling, working in the family vineyard, and enjoying his interest in movies and music. A thoughtful agnostic, John explored his philosophy of life in regular articles that were published on the Internet.

He is preceded in death by his daughter, Linda in 1965 and wife, Jill in 1986. He is survived by his daughter, Barbara, son, David, wif,e Gail, stepsons, James and Peter, Peter's wife, Susan, and their daughters, Rachel, Hannah, and Sarah.

A memorial service to celebrate his life will be held at 2:30 p.m. on Jan. 29, at the Robert Livermore Community Center, Palo Verde Room, 4444 East Ave., Livermore.