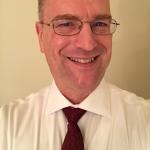 Hayes was born to Betty and Charles Hayes in Rockford, Illinois. His earliest years were spent in Loves Park, Pecatonica and Mount Morris. He graduated from Mount Morris High School. He earned his associate degree from Highland Community College and his bachelor’s, master’s and doctorate in science (physics) at the University of Illinois, Champaign-Urbana.

Hayes was a postdoctoral fellow with the Center for Astrophysics and Space Science at the University of California, San Diego. His research included many areas involving computational astrophysics. After UCSD, he was hired as a computational physicist at Lawrence Livermore National Laboratory. He was employed at LLNL for 13 years.

In his free time, Hayes enjoyed playing piano and guitar, reading and listening to music. He was an accomplished ballroom and West Coast Swing dancer.

Hayes was preceded in death by his parents. He is survived by his brother, Terrill Hayes; his sister, Paula Stiefel (Thomas); his nephew, Christopher (Krista); and great nephews, Alex and Ethan.

Hayes requested no funeral service. A memorial service may be held at a later date.

Hayes favorite charity was the Betty J. and Charles W. Hayes Memorial Music Scholarship at Highland Community College in Freeport, Illinois. For those who wish to contribute see the web at https://highland.thankyou4caring.org/donate.

Please include a note directing the donation to the Hayes Music Scholarship Fund.