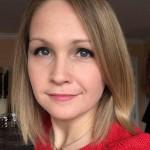 Rippee was born Aug 9, 1979 in Livermore to Jerry & Deanna Haynie. After attending Phoenix High School, she spent two years at Las Positas before getting her first job at Music World in Dublin.  While at Music World, she met Dan and the two quickly fell in love and were married in 2000. She then moved on to Sandia Labs in Livermore where she held various positions including security police officer, alarm technician, mechanical technologist and a badge office specialist. In 2014 she moved over to Lawrence Livermore National Laboratory where she worked in the Badge Office as well as the High Explosives Applications Facility (HEAF) as a firing tank operator.

Rippee loved her friends at Celebration Church and participated in the youth group program frequently.. She also had an affinity for animals, especially dogs, and she loved to travel. She was adventurous and willing to take a leap to experience the fun things in life. She also loved getting dolled up and feeling beautiful but knowing she was a tomboy at heart. She had a special zest for life that had an incredible impact on everyone she met. She lit every room up with her smile and almost always complimented every person she encountered. She has been described as being simply a beautiful and magical person. She will be missed terribly by everyone who met her.

Services will be held at Callaghan Mortuary, Livermore on May 3. Viewing at 1 p.m. and service at 2 p.m., reception following service.