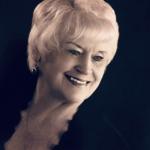 Pappas was born on July 18, 1947 in Stanley, North Dakota, to Herman and Elizabeth Dzubur. She attended Arroyo High School in San Lorenzo where she met her husband, Tom Pappas. They were married in 1966 and had three children, Thomas, Timothy and Elizabeth. They moved to Pleasanton in 1979.  She retired from Lawrence Livermore National Laboratory in April 2019 after a 39-year career.