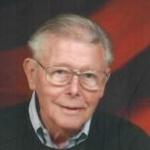 Lohr was born outside of Chicago, Illinois. After attending Lodi High School and earning his Eagle Scout badge, he enrolled in San Jose State majoring in art. While at San Jose State he met Jacquie Bessiere. They were married after graduation. He had a long career at Lawrence Livermore Laboratory. He retired from the Lab in the early 90s.

He enjoyed skiing, golfing, traveling and pursued many avenues of creativity including welding, stonework, painting and wood carving. He was a member of a stone carving club where he won many first prizes.

A funeral mass will be celebrated on Saturday, July 24 at 10 a.m. at St. Martin of Tours Church, 200 O'Connor Drive, San Jose. In lieu of flowers, donations in Bud's memory may be made to the charity of your choice.