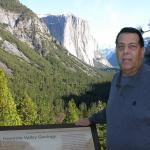 Harvey Canter, a former LLNL engineer, died March 14. He was 75.

Canter was a man of many interests who served his country in the Navy as a submariner. He had a distinguished career as a nuclear engineer at Lawrence Livermore National Laboratory. He volunteered for many local organizations and doted on his grandchildren.

He is survived by his wife of 51 years, Elise Canter; his children Julie (Art) Terner and Jay (Rebecca) Canter; and three beloved grandchildren. He is predeceased by his parents, Joseph and Anne Canter, and his sister, Laurette Goldberg.

A private interment was held by the family on March 19. Donations can be made to local veterans groups or food banks. Special thanks to the staff at Almond Heights.