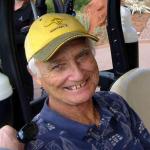 Finn was born Sept. 8, 1934, in Chicago, Illinois to Harold Francis Finn and Anna K. (Seibold) Finn. He married his wife Karen Krueger, June 16, 1956, in a small chapel on the University of Chicago campus. They were married for sixty-six years. Hank earned a bachelor of arts in liberal arts followed by a bachelor of science in physics from the University of Chicago. He was first employed at the Martin Company in Maryland followed by Allis-Chalmers in Greendale Wisconsin where he worked to develop a boiling water reactor. In 1962, he moved his family to California where he accepted a position with Lawrence Livermore Laboratory working on their test reactor. In 1966. His career at the lab spanned over fifty years. During that time, he worked on projects that advanced the field of quantum physics and the nation's strategic nuclear defense.

He is survived by his wife Karen and three sons: Andrew (Rebecca), David, Jeffrey (Paige), his six grandchildren and two great grandchildren.