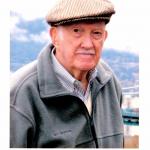 Dorough was born in Los Angeles and was a longtime Livermore resident. In 1944, while in graduate school at the University of California, Berkeley, majoring in chemistry, he was drafted into the Army and eventually assigned to work on what would become the Manhattan Project. He was sent to Oak Ridge, Tennessee, and then to Los Alamos, New Mexico.

In 1946, he returned to UC Berkeley to complete his doctoral work. He left California in 1947 to teach at Washington University in St. Louis and returned in 1954 to work at the University of California Radiation Laboratory. He was head of the chemistry department when he accepted a presidential appointment as deputy director of research and technology at the Pentagon in 1971. Returning to Livermore in 1973, he resumed working at Lawrence Livermore Laboratory until his retirement in 1985.

Dorough was father to three children, Susan Fisher of Blythe; Lisa Giannini of Hickman; and Dan Dorough of Emeryville. He was stepfather to four children, Drake McCarthy of Oakland; Valerie McCarthy of Santa Clara; Maureen McCarthy of Walnut Creek; and Colleen Faith of Livermore. He also is also survived by 10 grandchildren and numerous great grandchildren. He was preceded in death by his wife of 38 years, Raellen Dorough. He was also predeceased by his first wife, Maxine Dorough.

He donated his body to the University of California, San Francisco. A celebration of life will be held at a later date.