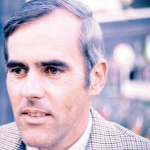 Burke received his bachelor of science and master of science degrees in electrical engineering from the University of California, Berkeley, in 1965 and 1968, respectively, before starting his career at MBA Associates in San Ramon. He worked there with Ed Miller and Andy Poggio on the development of one of the first general-purpose computer codes for modeling wires. In 1975, he followed Ed and Andy to Lawrence Livermore National Laboratory, where, Miller says, he “became a mainstay” in electromagnetic (EM) modeling activities, continuing to refine software for EM and antenna research through 2020.

Two of the main modeling codes developed by Burke with others were the thin-wire time domain (TWTD) code and the highly licensed Numerical Electromagnetics Code (NEC), for modeling wire and surface antennas. The NEC code was a “game changer” for antenna modeling, where it could evaluate electromagnetic interactions over a broad frequency range. Applications included electromagnetic pulse (EMP) effects, antenna design, and survivable communication studies. It gave the Navy insight into how a ship’s structure would affect an antenna’s performance and inform modifications to both ship and antenna designs. The result was significantly improved radar and communication systems that saved time, money and resources. A 2004 history of the NEC code written by Burke, Miller and Poggio can be found here. Just before his passing, he had completed rewriting the next version, NEC-5, which continues to be distributed through LLNL.

He co-authored more than 80 journal articles and conference presentations, and he lectured at short courses and workshops around the world. He was very willing to help others in LLNL’s Engineering Research Division (ERD), particularly during the 1980s and 1990s. More detailed memorials of Burke, written by LLNL and IEEE colleagues, can be found here.

He is survived by his wife Lisa.