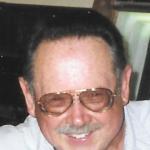 Orloff was born Feb. 17, 1934, in San Francisco, to Vera and Fred Orloff. He came to Lawrence Livermore National Laboratory in 1954 and retired in 1991 with 37 years at the Lab.  At LLNL, he was a senior mechanical technologist and supervisor in the various pulsed power divisions. His high point of working towards our national security was during his time spent as a supervisor on the Advanced Test Accelerator (ATA) Project at Site 300 in the middle of the politically turbulent 1980s.

He is survived by his wife Phyllis whom he had been happily married to for almost 69 years.  He is also survived by daughter Natasha (Melodi), son Stephen (Janet) and granddaughters Neena and Veronica Orloff.

A private memorial will be held at Lake Almanor. Donations can be made in his name to any charity of choice.