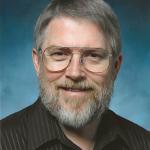 Followill was born August 1939 in Stephenville, Texas. He grew up in Alamagordo, New Mexico before his family moved to Texas where he attended high school at Texas Tech.  He came to Lawrence Livermore National Laboratory in 1976 and retired in 2001 after 25 years. Prior to coming to LLNL, he taught geology/geophysics at the University of Mississippi for 12 years.

He mentored many young scientists, and his largest contribution to seismology may have been the odd ring design idea adopted in the NORESS array.  This design had a significant impact on regional seismology especially in the pre-CTBT (Comprehensive Test Ban Treaty) days when capable regional arrays were contemplated in a bilateral or trilateral setting for monitoring between the US and the Soviet Union.  The design was adopted not only for NORESS, but for GERESS and ARCES, and the lesser 9-element 2 ring designs that eventually became CTBT standards.

He is survived by his wife, June Followill.